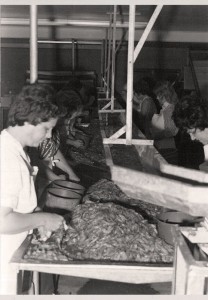 C.F. Gollott & Son Seafood based in D’Iberville, Miss., is well known nationwide for its commitment to packing wild caught shrimp harvested only from domestic waters. The Gollott brand carries a strong reputation of quality and consistency that can be traced back to the early 1930s when founder, C.F. Gollott, ventured into the seafood industry with a plan to build a longstanding family business.

C.F.’s hope turned into a successful reality as son after grandson after great-grandson have embraced the patriarch’s vision to walk in the same footsteps of a man who established a reputation of excellence within the industry that is second to none. C.F. Gollott & Son Seafood is a rich story of family with a legacy that embodies a heritage of generational blessings.

Operating a successful family business since 1932 takes a lot of passion, determination, skill and loyalty — traits exemplified by C.F. that have continued to provide a solid framework for the enduring business. The seafood industry also demands endless hours of hard work, especially during the time when the Mississippi Gulf Coast was known as the “Seafood Capital of the World.”

C.F. was born in 1907, and even as a young child, he displayed a strong work ethic. Prior to child labor laws, whole families worked together to pull in as much income as possible. Before phones, seafood factory whistles would blow early in the morning to signal the community that work was available. C.F. would get to the factory around 2 a.m., take a nap on the table before anyone arrived in order to secure a spot, peeled shrimp or shucked oysters until 8 a.m., went home to take a bath, and then headed to school. 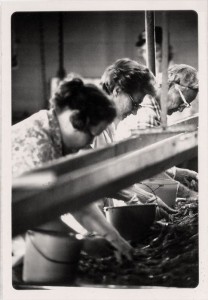 Every penny mattered, so every oyster shucked and every shrimp peeled was critical. A successful day’s worth of wages may be a nickel per 10- to 12-pound metal cup of shrimp. The seafood industry was a mainstay for the Gollott family, and as C.F. continued to work season after season, he learned valuable lessons on what it would take to one day own his own seafood company.

C.F.’s father, Armond, was a masterful bricklayer contractor, but when work was slow in the winter, he would take 11-year-old C.F. out on a skiff — a shallow, flat-bottomed open boat — to tong for oysters, shuck them right there in the boat, and return to a processing plant for final count and payment. It was a long, arduous effort, but the family’s livelihood is all that mattered, even if 100 shucked oysters only earned 15 cents.

In 1927, C.F. decided to pursue a more permanent career in the seafood industry and started small with a delivery route. Since he never met a stranger, his personality was a valuable asset when he began the business by selling seafood from his truck — a 1927 Ford Model T Roadster he remodeled to include an ice box on the back. His first big sale was three gallons of oysters for $1.25 per gallon to Perkinston College, which also cost him three flat tires on the way to the delivery, but paid off with a long-term client relationship.

C.F. was a pioneer in the industry in many ways because of his innovative thinking that set the course for high product standards. After buying fresh oysters from Biloxi steam boats and then shucking them himself, he packed the final product in glass jars so customers could see the quality of the oysters before purchase. Business continued to grow, and eventually, C.F. established a route around the state that brought oysters, crab and shrimp to customers who didn’t have waterfront access to fresh seafood. 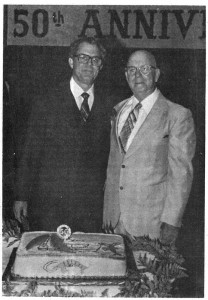 Although C.F. never made it past the third grade, he was a jack-of-all-trades and master of many. His extensive knowledge of the booming industry and brilliant mind full of witty inventions positioned him to be one of the founding fathers of the seafood legacy on the Coast. He also was a skilled carpenter, bricklayer and cement finisher, and his knack for tinkering led him to design an oyster grader and crab washer. At one point, he even owned his own bakery and operated a grocery store and meat market.

In his spare time, he excelled as an accomplished drummer who never took a music lesson in his life. Next to family and the seafood business, music was one of his greatest loves — a love that developed as a young child when his family would gather around their old player piano for sing-alongs. C.F. was 10-years-old when got his first drum set, and over time, became a self-taught, gifted jazz drummer.

C.F. had a natural ability — a Midas touch — to think ahead and envision success even before it happened. In 1932, he transitioned his delivery service to more permanent roots when he opened C.F. Gollott Seafood in D’Iberville. He also introduced a new dimension of distribution for seafood plants on the Gulf Coast when he shipped barrels of crabmeat at 18 cents per pound by train to Baltimore, Md., and merchandised the first Gulf oysters in Memphis, Tenn.

When his only son, Arnie Sr., joined the business in the 1940s, the name was changed to C.F. Gollott & Son, which still proudly stands today with the support of two additional generations. After a very successful 30-year run, C.F. turned the company over to his son, Arnie Sr., who took the helm until he turned it over to his five sons (Brian, Arny Jr., Dale, Nicky, Ben) in the early 1980s. 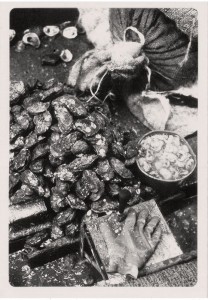 Although C.F. passed away in 1986, the spirit of the beloved patriarch shines through Arnie Sr., his sons and grandsons — all who have adopted the same passion for providing consumers with a quality, safe and natural wild-caught domestic product from backyard waters they like to refer to as “God’s pond.”

Now well into fourth generation strength of family employees, this seasoned band of Gollotts continues to glean from and foster the principle that family is a valuable commodity.

“The best advice our dad gave all of us boys was that families work together,” says Brian, co-owner and the oldest of Arnie’s five sons. “Our dad gave control of the business to us and we are now in the process of transitioning it to our children.”

In 1982, Gollott & Son Seafood was honored for 50 years of business. In 2007, the family reached the 75-year mark. As the Gollotts continue to pass down the generational torch, there is no doubt the upcoming centennial celebration in less than 20 years will serve as a grand testimony of a family whose commitment to each other and to consumers stands as a foundational pillar of loyalty — a worthy story about heritage in the seafood industry. 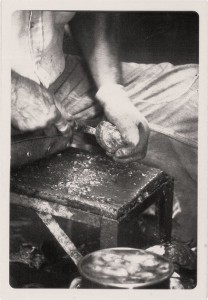 “My father, Arnie Sr., is very, very proud of his family and always wanted them included in the business,” Brian said. “Family was instilled in us, and growing up, we knew this is what we were going to do as long as it was viable. As my father says, ‘It’s in our blood.’”

These are principles of endurance and excellence — a tradition C.F. Gollott & Son will continue to pass down decade after decade, generation after generation.

American. Wild caught. 100 percent domestic. When you buy shrimp from C.F. Gollott & Son Seafood, this is exactly what you're going to get. We take pride in a generational company standard that our shrimp will only be harvested from the Gulf of Mexico. The taste is matchless and freshness is our priority. From God's pond to your plate, shrimp from C.F. Gollott & Son Seafood is the No. 1 quality choice for customers nationwide.